Much has been written and discussed on the notion of the performance-based culture. This is a concept that I bought into as a very young manager, and I’ve expanded on it through my years leading larger and larger groups of people as they accomplish great things together.

Focusing on people doesn’t just mean hiring right, nor does it stop at training. It means a commitment to their development, helping them align their own built-in purpose to the needs of your organization, so you can grow together and succeed together.

I’ve always had the thrill of managing very diverse teams, people coming from all walks of life. Maybe it’s just my upbringing in the North Carolina mountains, where we all scrapped to make a living and take care of each other, but I never ascribed any kind of merit or status based on somebody’s wealth, skin color, or whose son or daughter they were.

To the contrary, it was ingrained in me, as I was raised by my single mom, to be humble and respectful, and to honor those who showed humility and respect for others.  I took this to heart in a big way—I’ve collected many friends along my journey through life, and these are the two common denominators in those I value most. To a person, the men and women in my life work hard at whatever they do, and they do so humbly, going out of their way to show respect to others. And the values they have transcend all walks of life, so you naturally find yourself surrounded by men and women, people of different races and ethnicities, rich, poor and middle class, and any of the other ways in which society is happy to differentiate us.

I think with any large group of people, you’re going to have some application of the 80/20 rule, where your top 20 percent pulls the team goalward, or a bell curve, where you have some at the high-performance end, some pretty weak performers, and a fat middle who range from those who just need a little boost before they become top performers to those just another cycle away from joining the bottom-feeders.

Whatever diagram applies to your group, it’s important for all to challenge mediocrity. When you consistently challenge your team to do more, to do better, to do things more simply, and to do those things faster, you find out where the leaders are. I’ve always prided myself on doing the work necessary at leadership level to take this ethos a step further.  If you want to know my opinion on the secret sauce to success—and more specifically, what I feel has helped to drive the success of my teams—it’s that I consistently challenge mediocrity in all its shapes and forms at individual level.

Anybody can—and should—reward top performers with raises, bonuses, and promotions. But the real reward for leaders comes from startups, and better yet from turnaround projects, and we need to think of those possibilities not just in the organizations we lead, but in the individual sense.

From Worst to First

I’ll give you an example of employing this strategy with individuals. At 27, I found myself leading 10 branch offices of a regional bank. Each office had a manager, assistant manager, and about five entry level sales executive employees. The leader of our division, one of my earliest and best mentors, was committed to building a high-performance culture, and it was great for me to gain early exposure to this concept in a bank environment.

My own path showed just how exciting of a culture my early mentor was building. Within just over a year, I had earned three promotions after leading my division as an individual, as a branch manager, and as a regional manager in new loans generated. Our entire team was known as a group of champions.

I learned one of my bigger lessons in leadership, when I was handed a new opportunity to double the size of my region. Instinctively, since I was raised to treat people with respect as individuals, I began studying my new employees and surveying their managers and peers. This process armed me with the information I’d need to tailor a management style to each individual’s needs.

One of the first things I did was to confront our team’s weakest links. My theory was that the team would win if these folks did better, or if they left. What I discovered, by focusing on each individual’s needs, is that sometimes when you meet people where they are, without sacrificing your standards, you’ll see people that can actually go from worst to first.

One of the more important people in my life is just such an example. He’s one of those I confronted after taking over additional branches. The word on this guy was that he was very bright, but his poor attitude reflected not only in his own performance (or lack thereof), but also in the flagging performances of those he’d befriended most.

I chose an approach of tough love. When I confronted him, I let him know how much potential I thought he had—in fact, I let him know that he could become our best performers in the entire region (and one of the bank’s stars) based on his grasp of the business and his people skills. I also let him know that should he rise to my expectations, raises, promotions, and the thrill of every success awaited, and in short order.

But I also told him that there was another path. He could do us all a favor—especially himself—and find another job where he might be more self-motivated and ultimately happier. Needless to say, and the reason I’m obviously sharing this example with you, our bottom performer chose the harder path and stayed. And he didn’t just stay. He excelled in every aspect of his job, becoming one of the best examples and motivators to others. I ended up putting this guy—who himself came within an inch of being fired—in charge of all of my region’s hiring and training!

It’s About Them, Not You

That level of success that we achieved together was eye-opening for me. People have different needs, and managers and leaders should uncover those needs and respond to them in kind. Our bottom performer, it turns out, needed to be challenged more creatively. In any profession, there are lots of problems that require creative minds to find solutions. I found him to be an incredible strategic partner, and my role in his success was simply to help him find ways to unleash his creativity. Now, nearly a quarter-century later, he holds a very important role here at Celero.

I believe strongly that an effective CEO should focus on facilitating great decisions, as opposed to always making decisions ourselves. That requires a lot of work and focusing on culture, so that people can perform in ways that fulfill their purpose and hit your goals, too.

A performance-based culture is a fair culture that rewards team members who create value. It challenges the top performers and keeps them engaged. I have found that in the day-to-day, some team members prefer comfort, but over time, they will leave if you aren’t cultivating them to reach their potential.

I think intentionally about those who report to me and work in my organizations. A driving thought is ensuring that if they chose me as a mentor or my organization as home, that I have high expectations for myself, as we them to reach their full potential. Through my career, my greatest joy and success is playing that role with others:  recognizing and cultivating excellence in the individuals on my team and witnessing their growth, in their careers and in life. 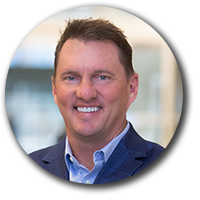